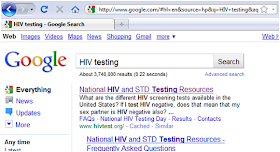 (Just to be clear - the ultimate decision to enable HTTPS search by default was largely in the hands of Google's search engineers, who are responsible for dealing with the increased traffic. Mozilla's privacy team deserves the credit for pressuring Google, and Google's search engine team deserve a big pat on the back for agreeing to cope with encrypted searches from hundreds of millions of users.)
at 8:10 AM